Claw part inverts when used to attach ship to itself

Added by Kasuha about 7 years ago. Updated about 3 years ago.

When attaching multiple claws to the same object, the second claw to be attached gets inverted. After releasing the object the claw is unusable until it is disarmed and armed again.

In this image, left claw is attached, right one is not yet. 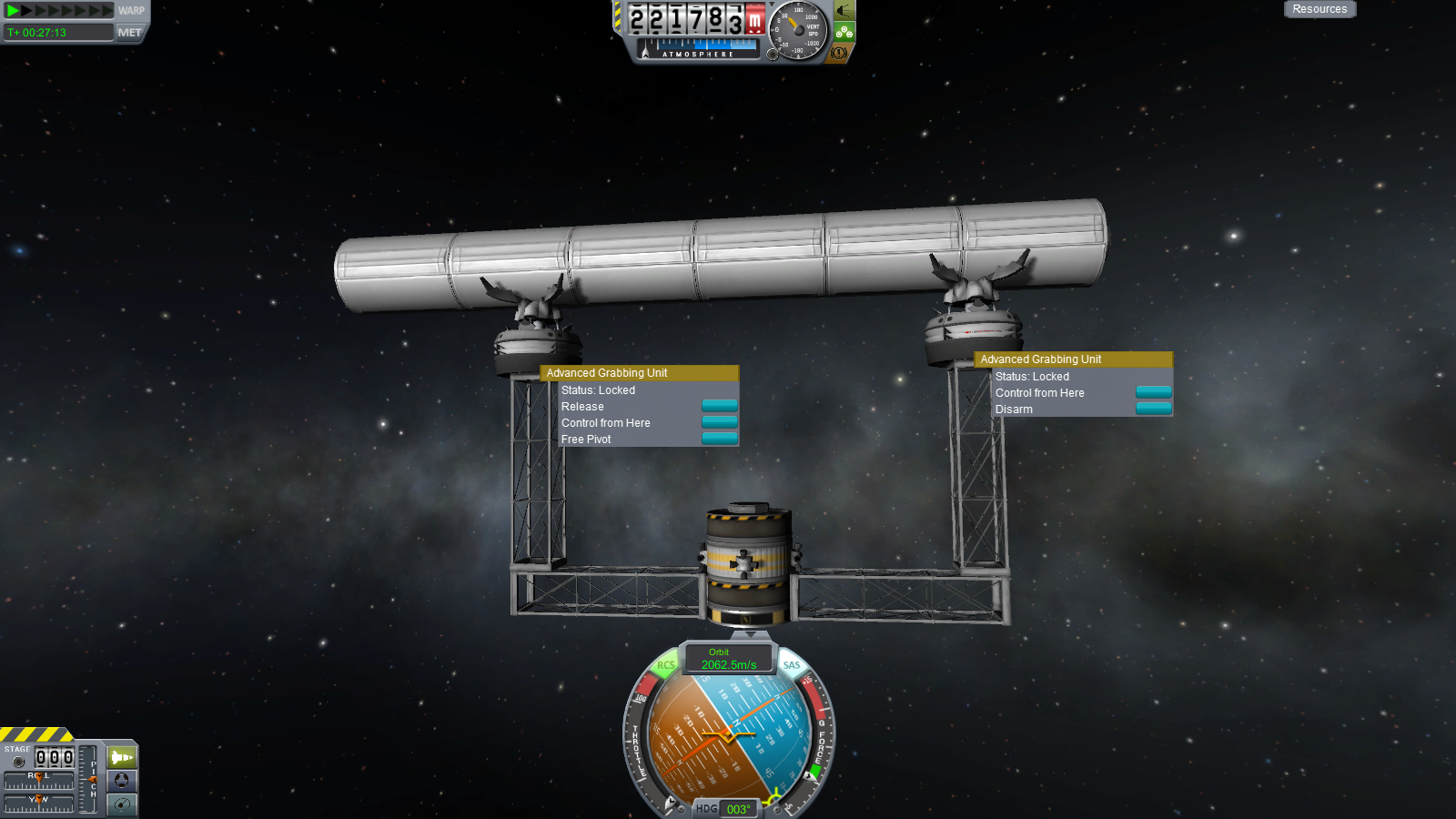 Both claws are attached now. Notice the right claw is inverted, it looks like the object is clawing the claw base. 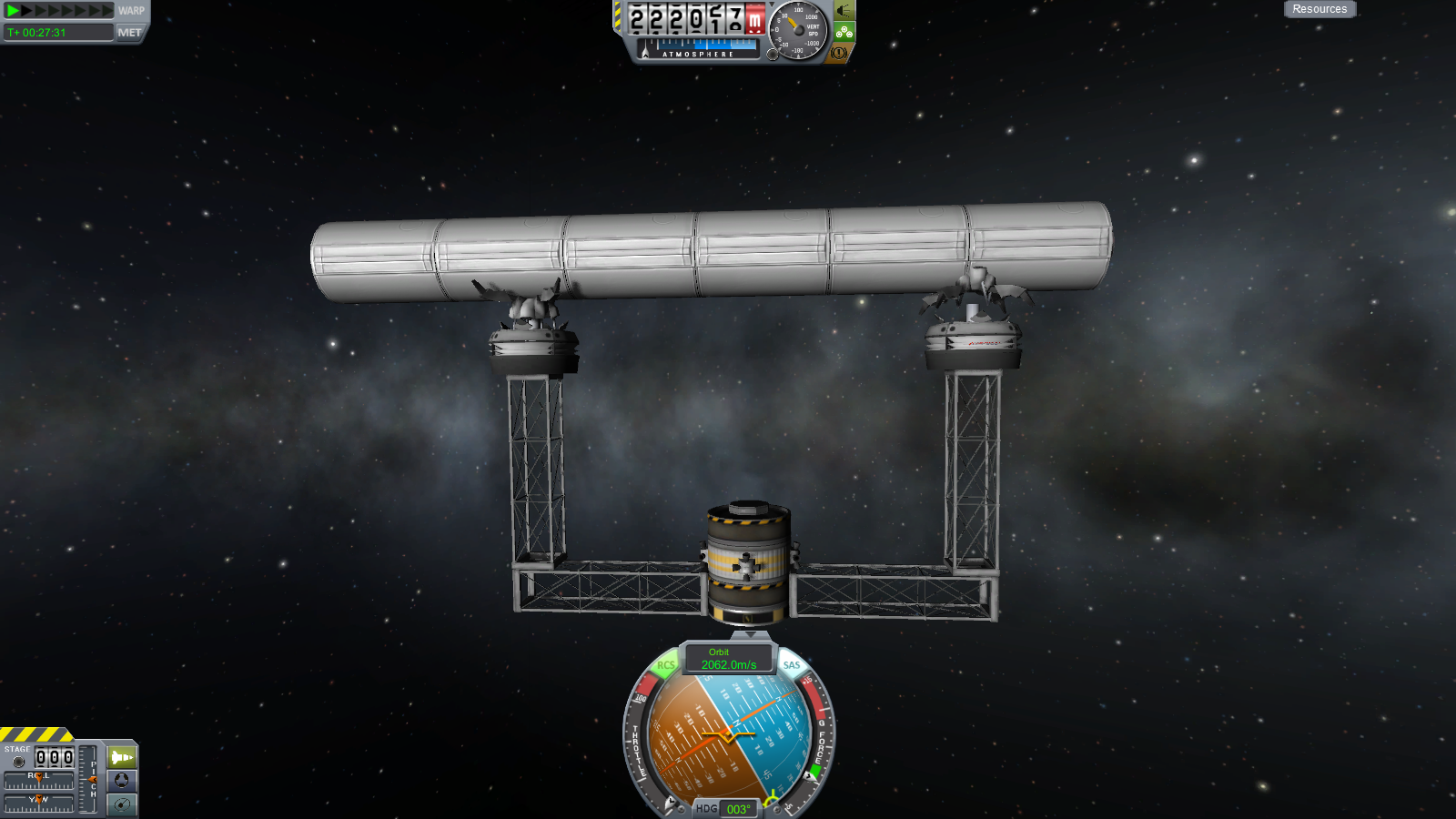 After releasing the left claw, both connections break. The right claw stays inverted and will not attach to anything until it is disarmed and armed again, after which it returns to normal position. 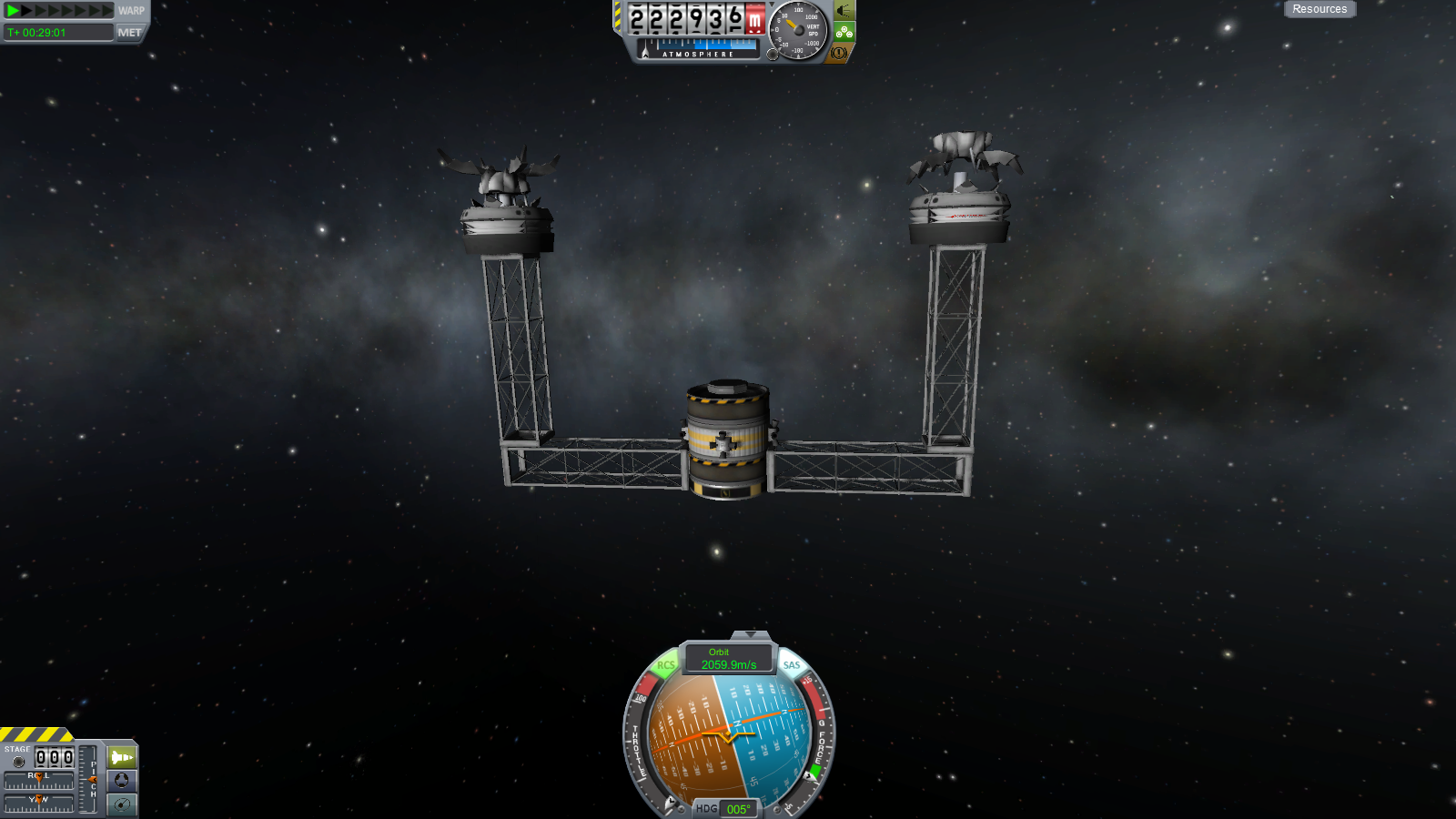 Updated by Kerolyov about 7 years ago

I can confirm this, thanks for reporting

Updated by diomedea almost 7 years ago

Issue confirmed even if only one claw is used. In the video linked, a probe with one claw on the back and a docking port presents this, as soon as the docking port is engaged, the claw already connected.

Updated by Kasuha about 5 years ago

The issue is still present in 1.0.5, only the part that the Claw remained turned after disconnecting appears to be fixed.

Could be probably reclassified to "very low" priority as it's just visual problem with no gameplay consequences.

Note: types of ships being connected appear to matter. I am getting different results depending on whether I leave both rovers as "probe" or if I change one or the other to "station".

Updated by sal_vager over 4 years ago

Updated by Kasuha over 4 years ago

Negative, the bug is still there. I loaded the quicksave I attached in update #3 and when I made sure both claws connect, one became inverted.

Updated by JPLRepo over 4 years ago

Updated by Avera9eJoe about 3 years ago

To add to this, the joint strength of effected claws becomes extremely springy at times.

Updated by jclovis3 about 3 years ago

I see this as a node tree conflict. Every part needs to traverse a node tree in one direction to reach the root, and circular references are not logically sound so only one connection can be maintained at a time. This seems to be the case when using multiple docking ports to strengthen a connection as well. One will become disconnected when reloading the ship and until such a mechanism is put in place that allows multiple node branches to parallel and reconnect on both ends, this will always be a problem. In the mean time, just think of every construction and docking like this...
1. There is always one root part.
2. The root part has no parent.
3. Every part has exactly one parent.

So look at your double docking problem and ask yourself, what would your node tree look like following this rule set?