KAL -1000 Play position action group does not work as intended

Added by dnbattley 7 months ago. Updated about 1 month ago.

To recreate, simply add two KALs, using one to control the play position of the other. The effect is recreated in both the VAB editor (by "scrolling" through the controller play position) and in flight.

Updated by dnbattley 4 months ago

Since this bug has not been confirmed, I assume it was not immediately clear what the issue is, so add pictures:

Here are two KAL's. The upper KAL (A) is set to determine the play position of the lower KAL (B) 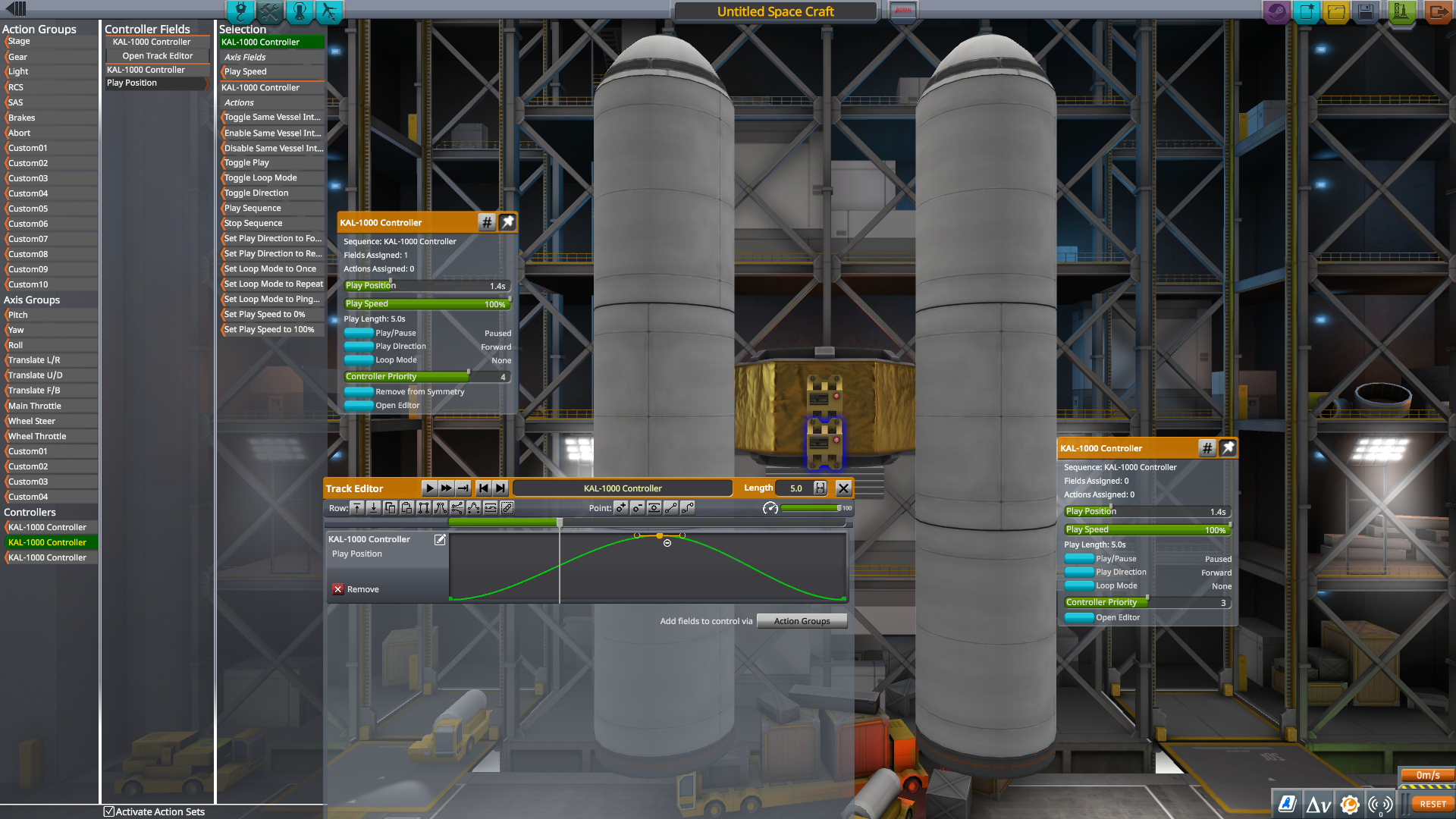 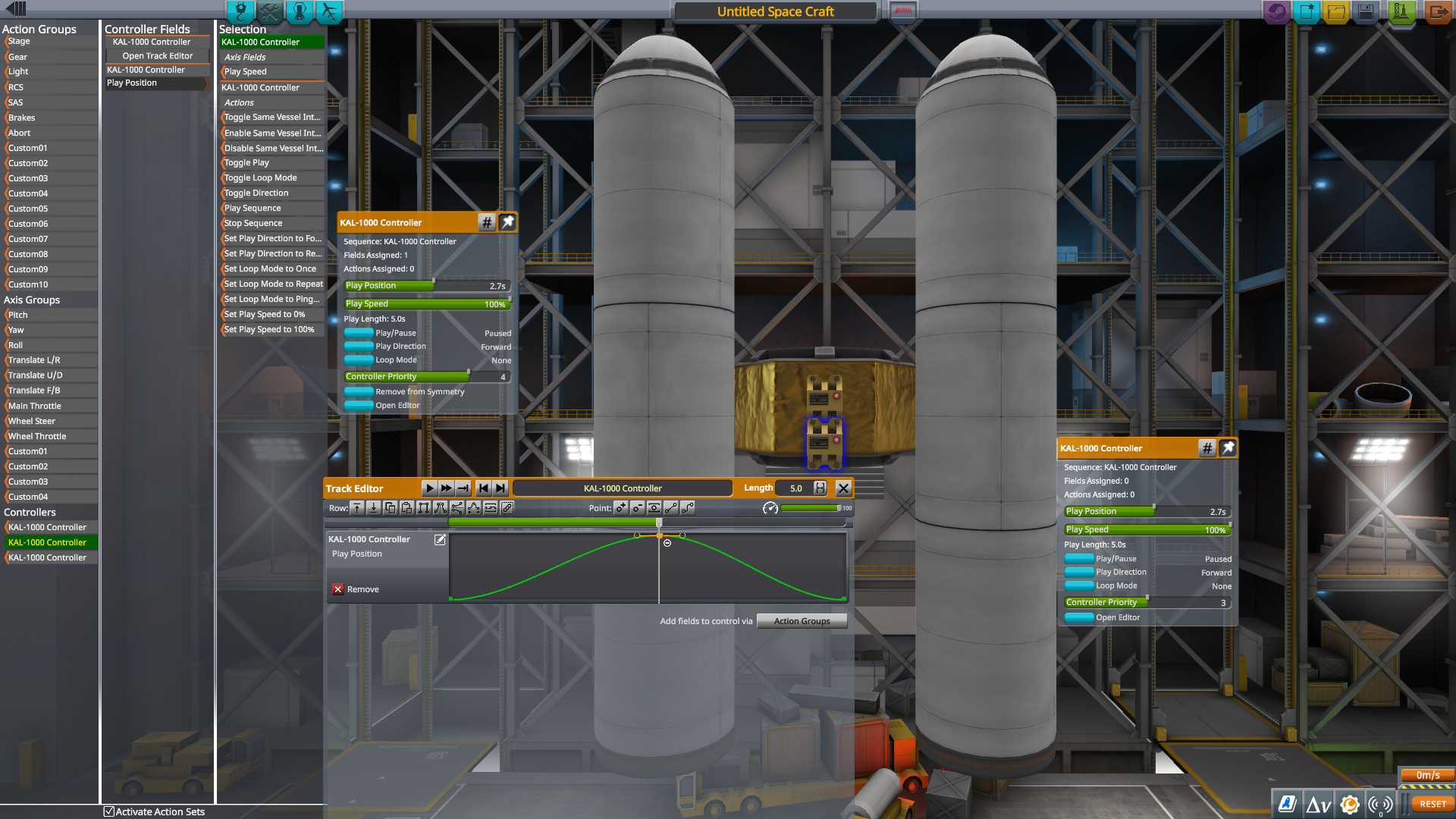 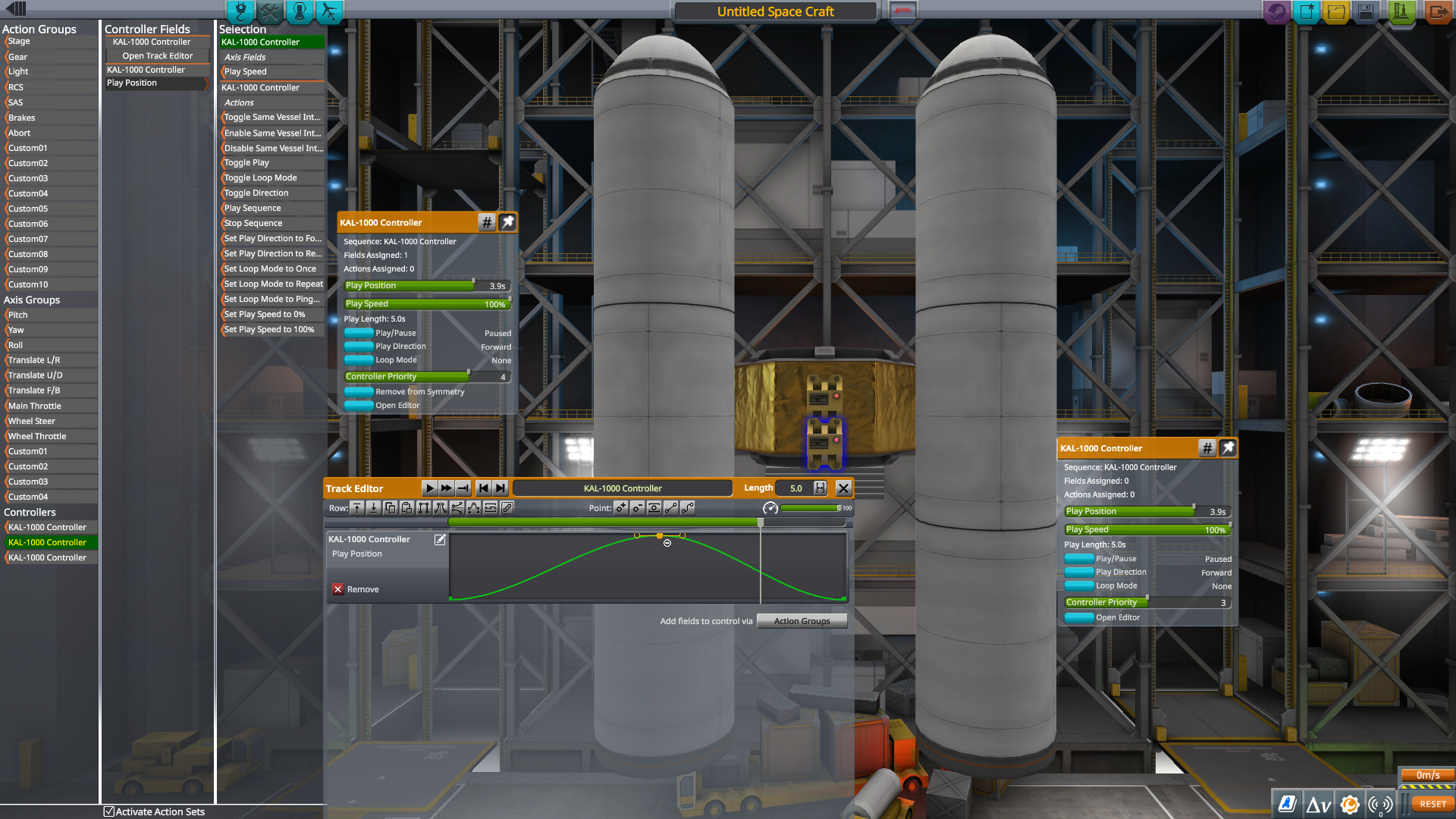 Updated by [email protected] about 1 month ago

Confirmed:
Now i noticed this bug when i actually needed it. I can't put this on confirm state, some update on this site?