Added by Klapaucius about 3 years ago. Updated almost 2 years ago.

PRIORITY: Normal: Does not alway affect the game, but when it does, makes mission unusable.

PROBLEM:
In Mission Builder: Ships sometimes are formed within the launchpad and explode when testing missions.

When placing the launch pad in various locations sometimes, when clicking the "Test Mission" button, the result is the ship briefly appearing within the launchpad before the whole thing explodes. There seems to be little consistency in this. Sometimes the fix is simply to move the launch pad to a new location. Sometimes simply reverting to the Mission Builder and restarting the test will do it. 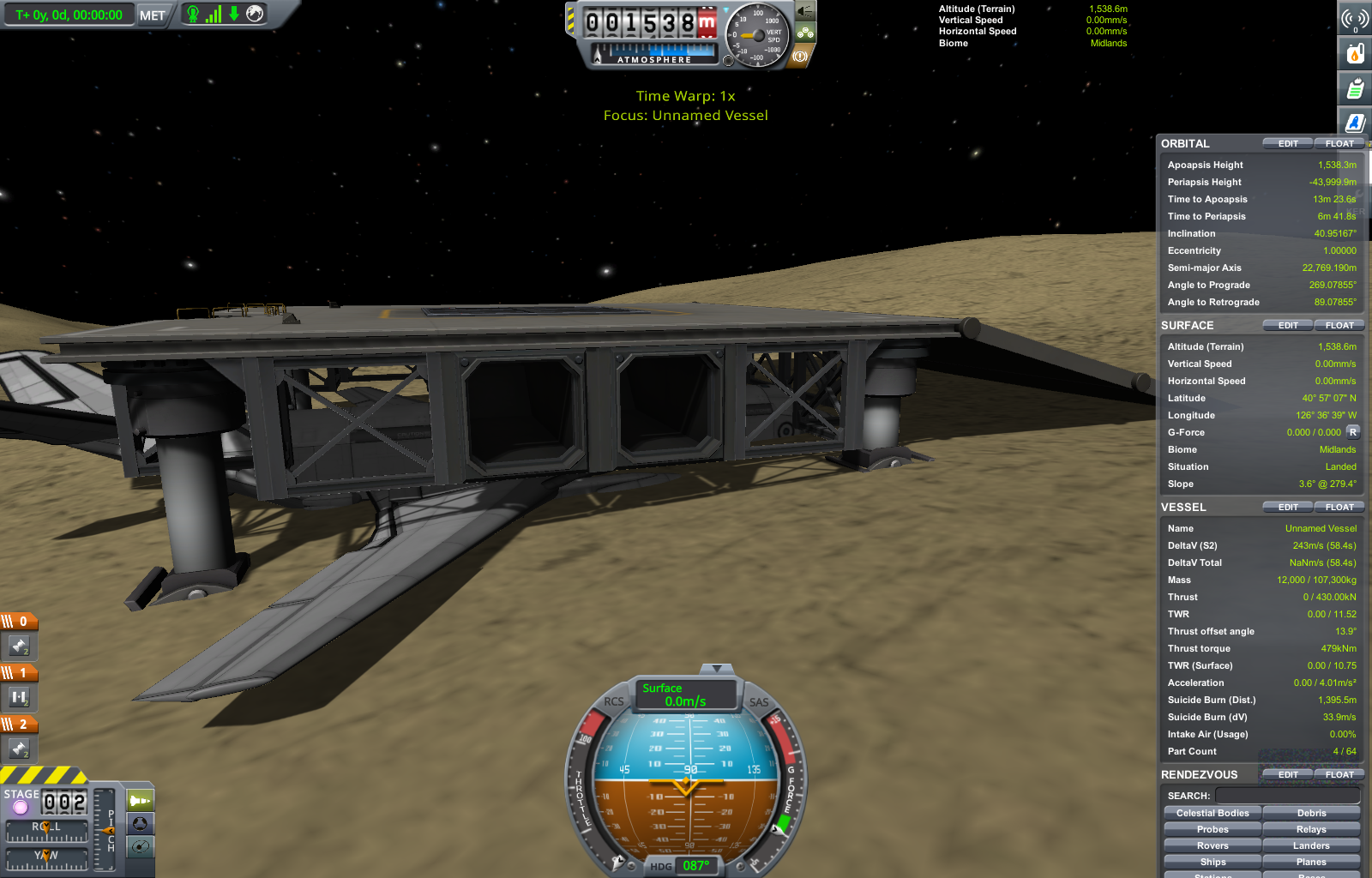 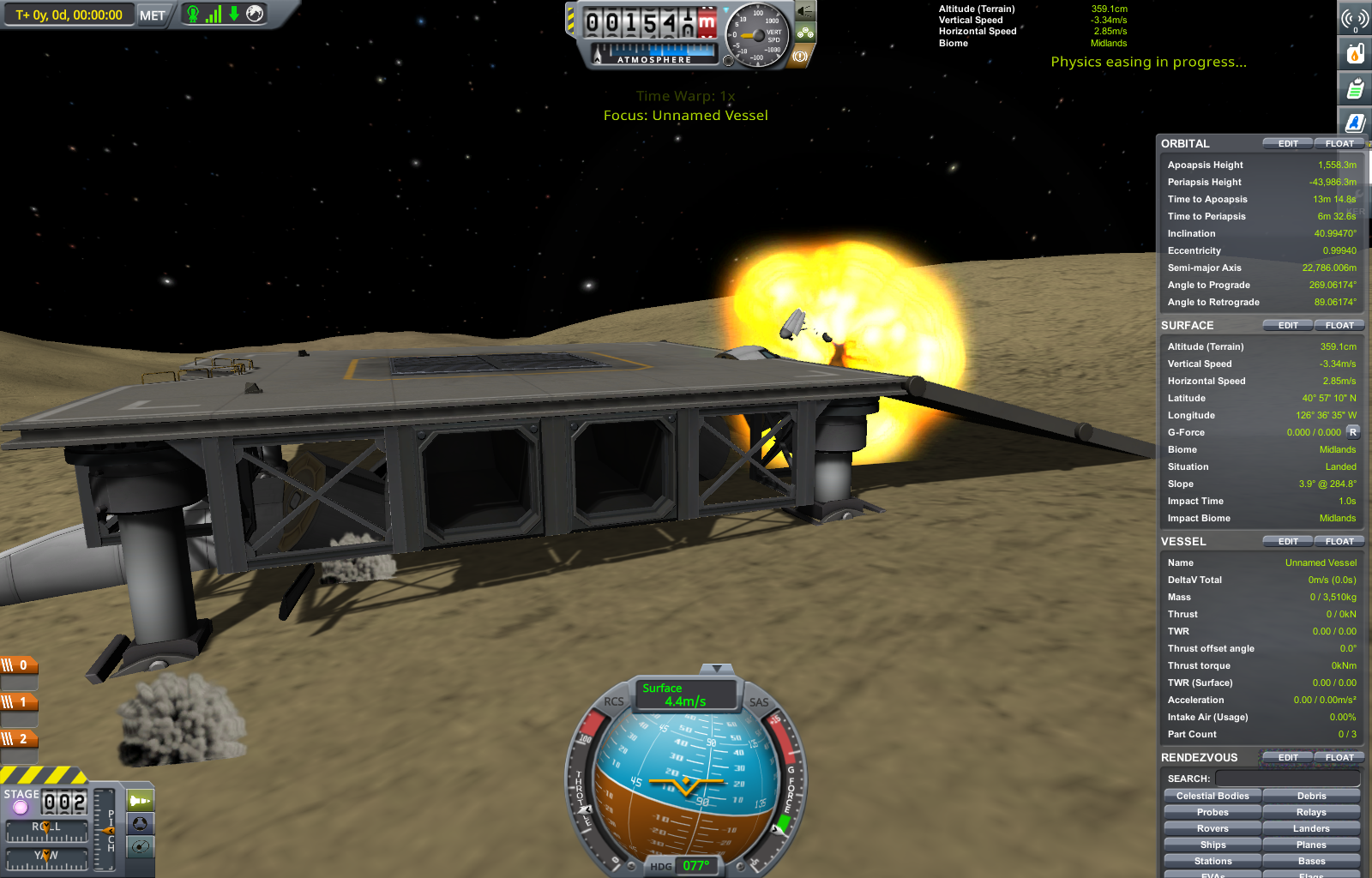 Location was Pol, Longitude -126.62, Latitude 40.95, however this has happened often at random locations on various celestial bodies: Eve, Kerbin, Duna.

The ship was a modified Stearwing with rapier engines attached. It loaded fine at another location. 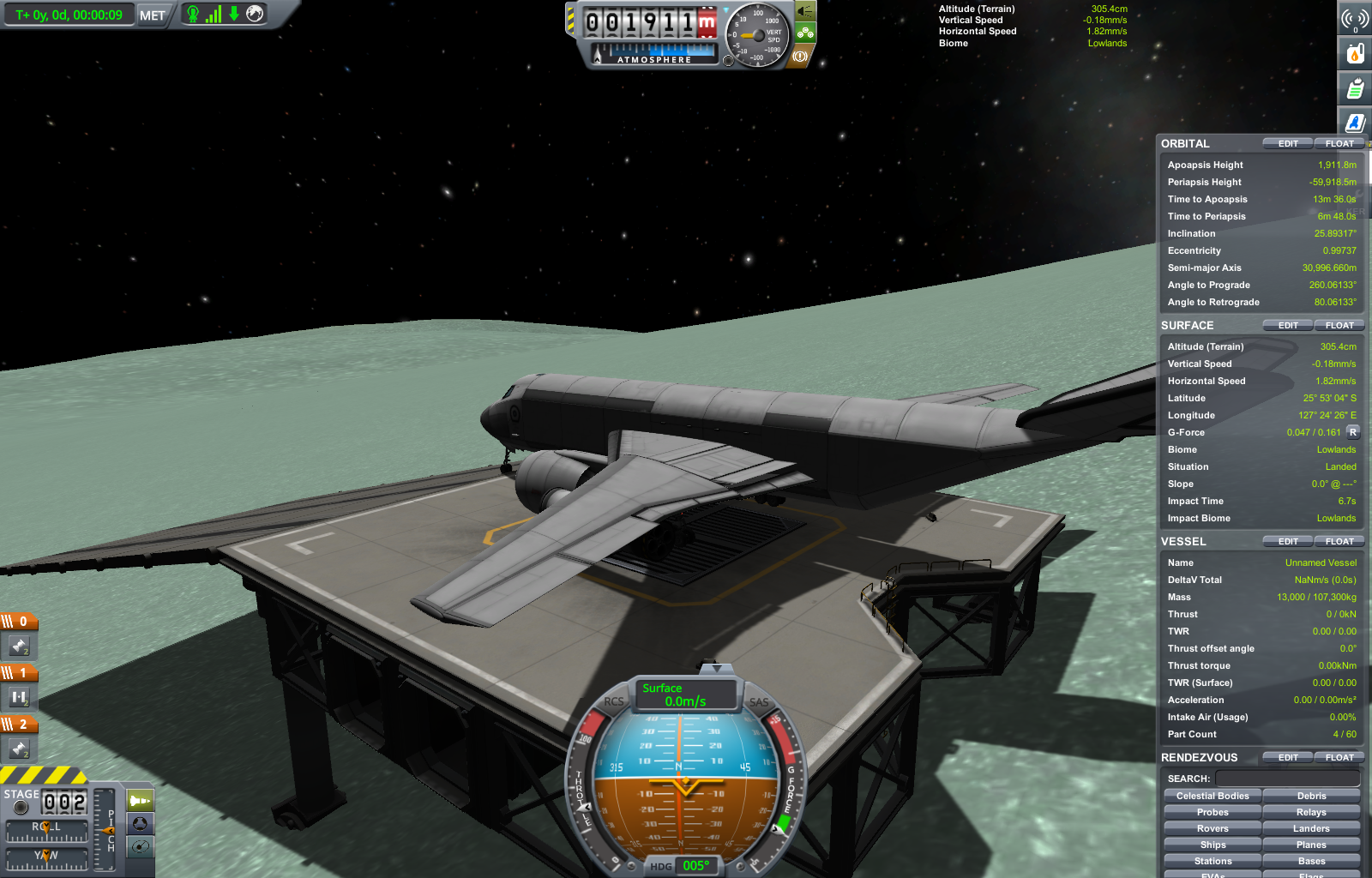 However, I have experienced this problem with various ships at various locations. While I am currently using some mods, when I first bought the Making History set, I was playing with a completely unmodded game and experiencing the same issue. This time around, I made sure to use no mod parts and still the same result. Note, I have also been able to fly modded craft with no problems.

Updated by Squelch about 3 years ago

Improvements have been made to prevent this.

Updated by chris.fulton almost 2 years ago

Updated by chris.fulton almost 2 years ago